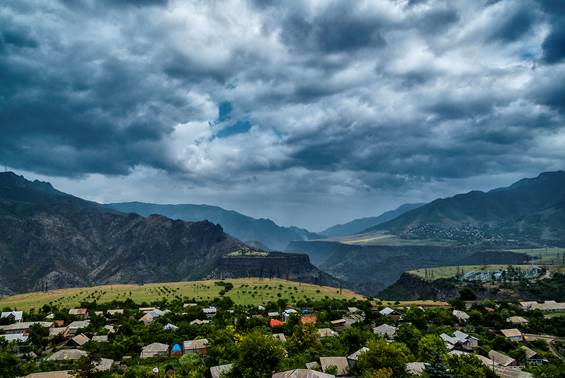 Lori region claims to become a new “outside of Yerevan”; the old school’s dormitory in Dsegh village will turn into an adventure tourism center soon. The initiator behind the project is Vladimir Grigoryan, the director of DA tours which has operated as an incoming tourism operator since 2000. Grigoryan has also been the president of the Adventure Tourism Association since 2016. Besides being an internal tourism operator, DA is the company behind the filming of various movies about Armenia - with the most popular one being the Armenian episode of “Parts Unknown” by Anthony Bourdain, starting from the script and ending with the support for the filming.

Having all this profound background and continuously conducting various tours in the region, Vladimir stumbled upon the problem of lacking tourism infrastructures in those parts of the country which resulted in additional expenses for the tour operators. Thanks to the international and local organizations working on eradicating the disproportions of the development between the regions, the situation has upscaled somewhat but there are still many fundamental issues yet to be solved. Eventually, Vladimir came up with an idea to open adventure tourism centers in four regions of Armenia that face the above-mentioned problems the most.

“The main function of these centers will be not just providing accommodation but first of all, developing corresponding conditions so that the tourists are able to spend several days in one region,” says Vladimir, “ This implies creating or developing local tour products, i.e. entertainment for the visitor.” Two types of entertainment are being considered - passive and active. The latter implies hiking up and down the mountains and gorges of the region, the passive is particular “services” offered by the local people - touristic experiences typical to that region.

In April, they began renovating the non-operating school dormitory in Dsegh village which is set to become the first prototype of the Adventure Tourism center Vladimir envisioned. The center will have also its artistic expression and will even have a huge bright room to exhibit art pieces and host various masterclasses by local craftsmen.

They will dedicate this year to the construction of the building and the corresponding infrastructures such as electricity and water. The locals are quite enthusiastic about the project as the dorm has been abandoned for the past ten to twelve years and now it is about to come to life again. Additionally, local masters are involved in the construction works and once the center is open there will be a need for over 30 staff members, and of course, they will be hired from the local communities. The format is based on the building they’ve found in Lori. In other regions, there won’t be a need for such large buildings; around 20 sleeping spots will be enough. They are also considering moving this project outside of Armenia - for example, Georgia - and initiating the establishment of similar centers with local partners in rural areas and settlements. They might also create joint tour packages, including these centers in each route.