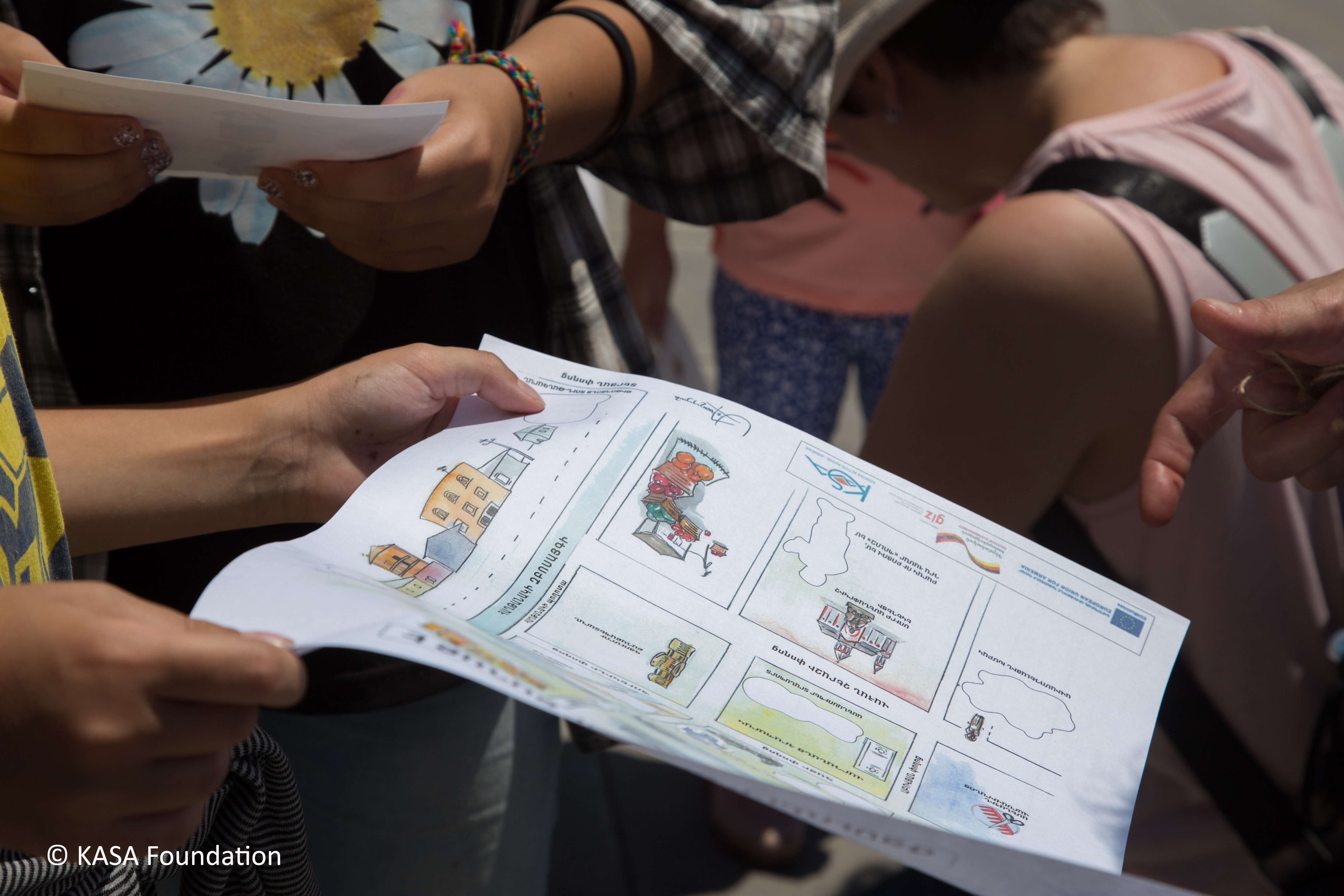 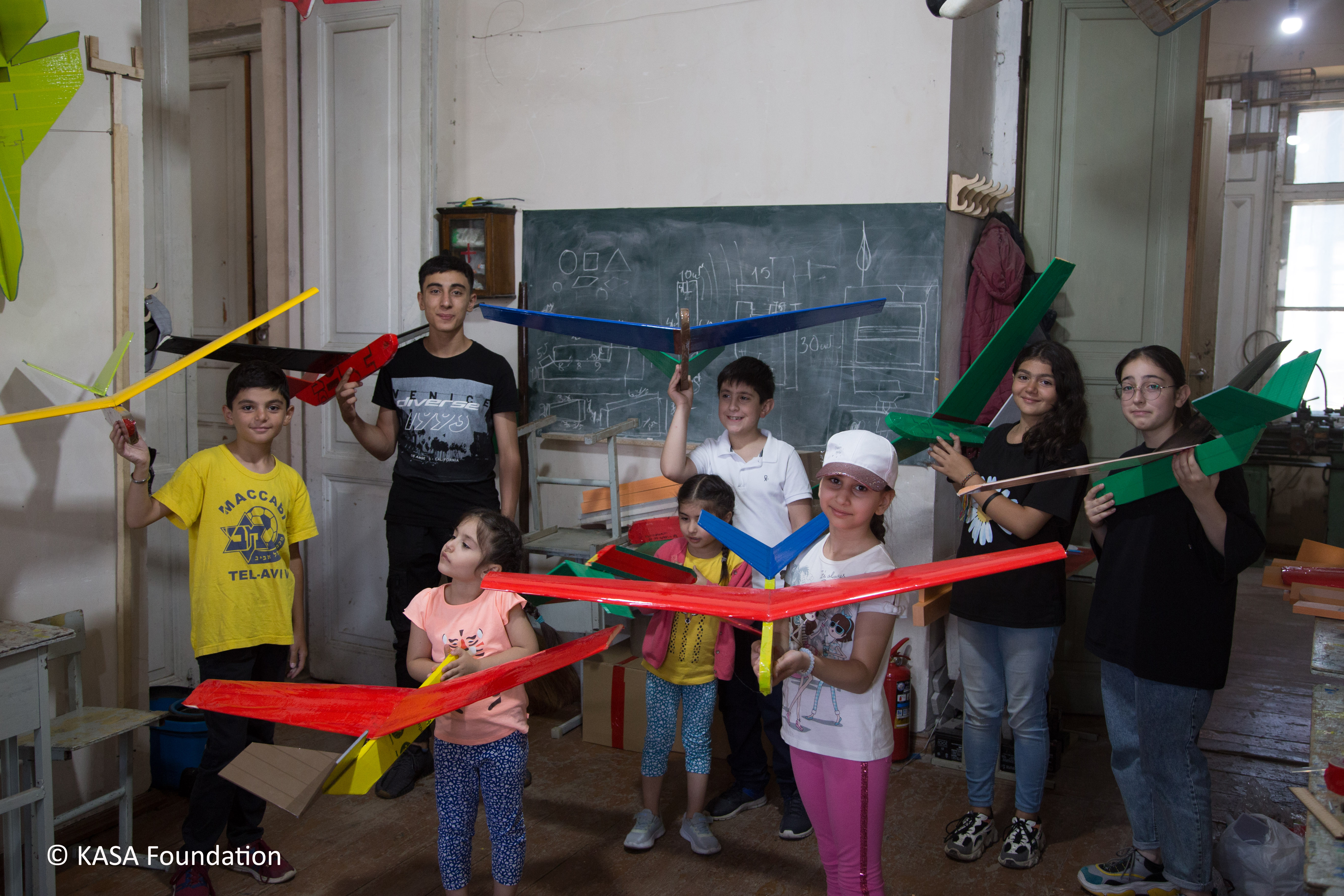 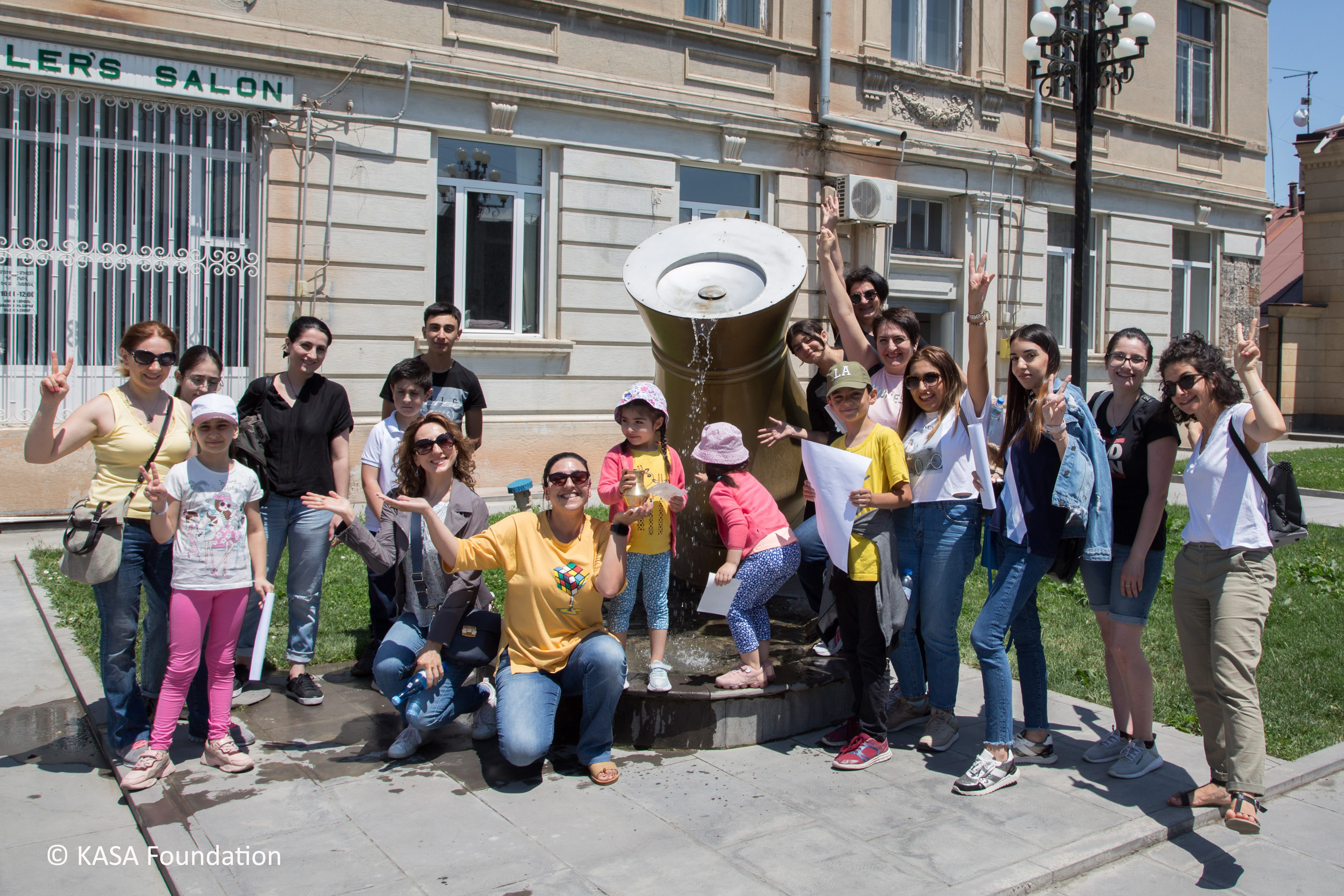 Last week our team visited Gyumri by the invitation of the KASA Foundation. The aim of the visit was to participate in an amazing quest within the framework of the "Altitude Shirak" project developed by the foundation and to discover the city in a unique way, plunge into its history, uncover secrets and feel the breath of the old city.

KASA Swiss Humanitarian Foundation has been awarded a grant by the EU4Business “Innovative Tourism and Technology Development for Armenia” project. 4 touristic packages have been developed for family tourism, especially for families with children. The packages offer an alternative, high-quality family leisure activities based on education, which is implemented by  KASA Foundation’s  Gyumri Training Center and Guesthouse.

The concept of the packages is the Height. The choice of the latter was based on a fact that Height plays an important role in describing Shirak and Gyumri, and the packages include elements symbolizing height. The name of the project, "Altitude Shirak", also has been chosen based on this.

The quest in which our team participated was designed for parents and children from 5 years old. The route was designed in such a way that each stop assumed an unpredictable encounters, action and experience. All stops are logically connected and assume continuity.

The project map took us to the most interesting and mysterious places of the city, from the oldest puppet theater in the region to the Dzitoghtsonts House-Museum, from Klklan to an aviamodelling club. On the way, we met a number of heroes, received their clues and found ourselves in a real fairy tale. At the end of the program, the youngest members of our team received a pilot’s qualification certificate and were awarded shoulder straps.

Thank you for a wonderful day. We will definitely visit you again for new adventures.